3 AC one of 10 buildings been developed in the centre of Birmingham will offer 240,000 sq ft of Grade A commercial space over ground and 13 upper ﬂoors. The building has an estimated value of £65m.

It was during the pipework design stage that Stourflex enquired about the rooftop supports. Dodd Group were keen so invited us for a site visit. During this meeting Stourflex were informed of the plant that required supporting. Stourflex offered standard frames, HD frames and an I beam support. Stourflex also offered an install for the frames.

Once all drawings a load calculations were signed off an order was placed for the frames and for Stourflex to provide an installation.

Stourflex have also provided after sales supports including further site visits to look at both the frames and the pipe expansion. 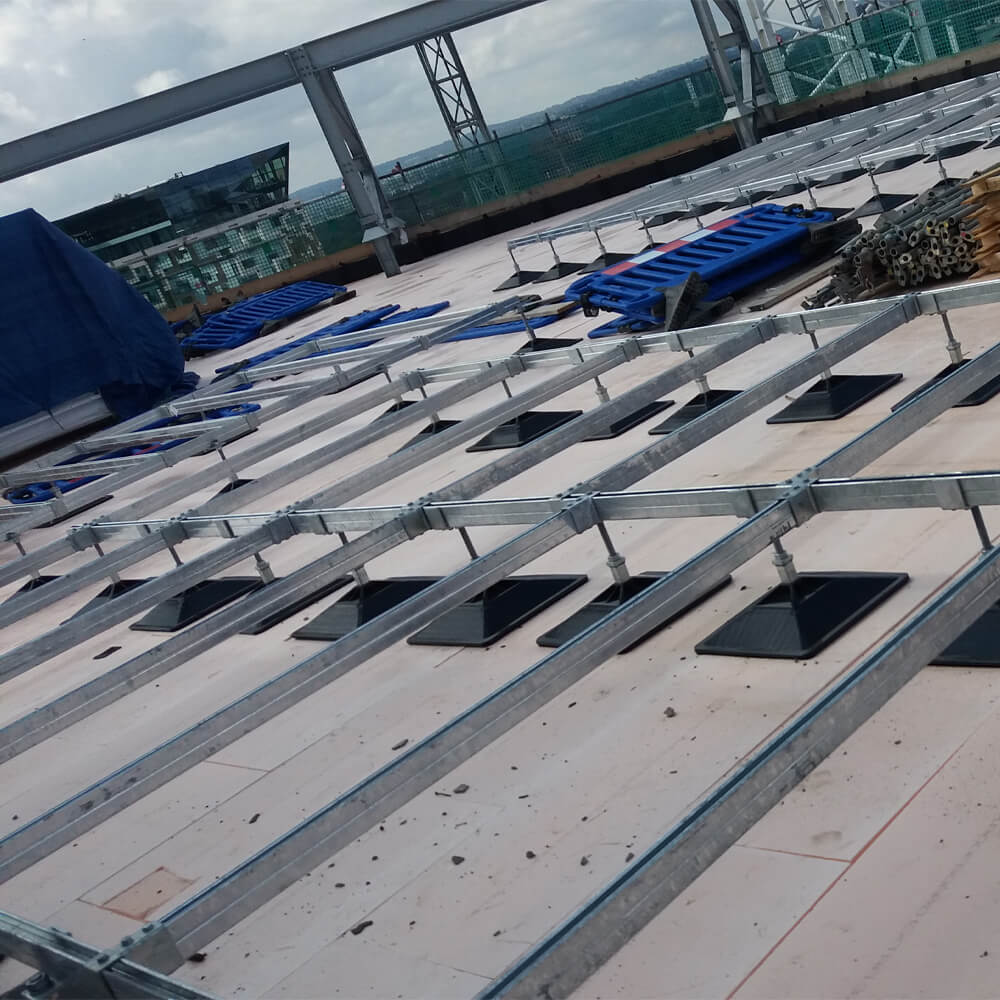