We offer a complete range of Pipe Anchors and Guides to compliment our Stourflex range of expansion joints.

We can advise you on this important product selection and ensure the correct match of pipe anchors and guides to the expansion bellow installation. A pipework system containing expansion joints requires the correct pipe supports, anchors and guides. We provide bespoke solutions that contain the forces created by the system and match your on-site installation requirements.

The STOURFLEX precision designed range of pipework anchors and guides provides you with: 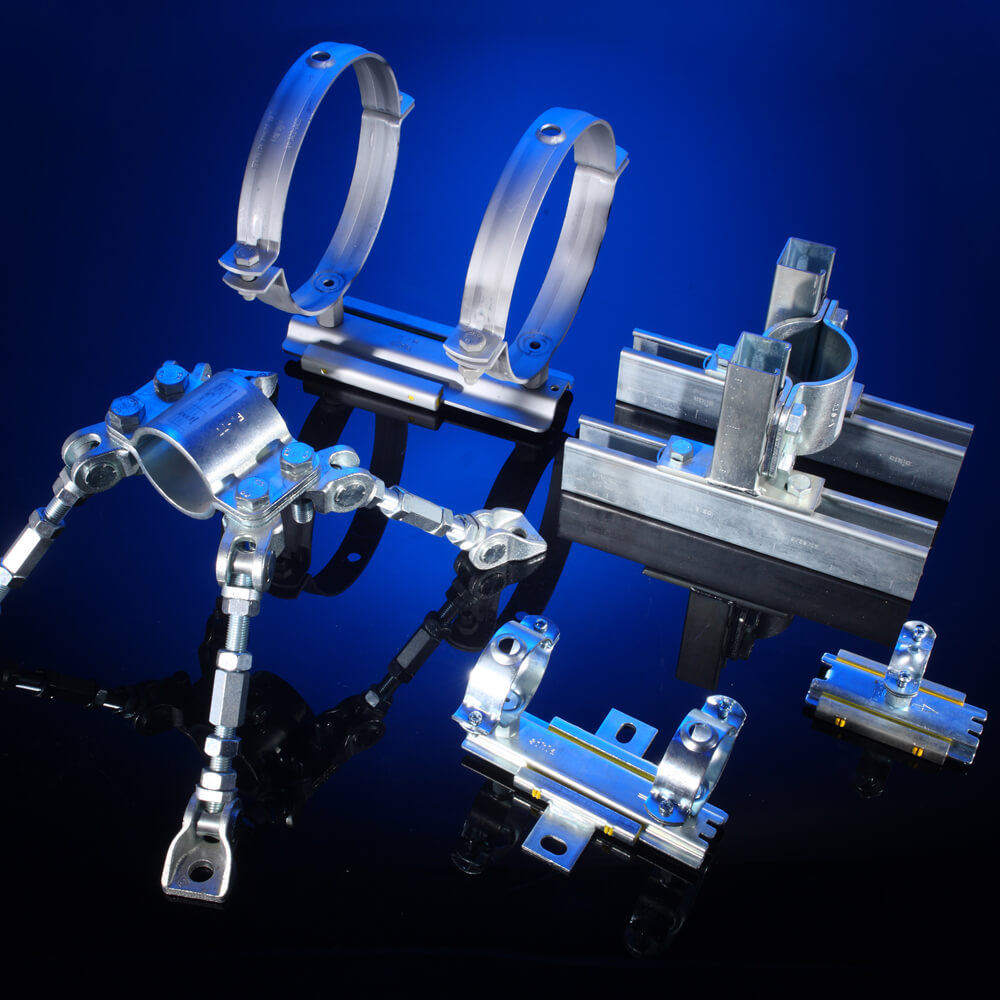 Stourflex pipework anchors and guides are predominately used in conjunction with our range of expansion joints but can also be used in installations not requiring expansion joints as well as rubber bellows, hose & pump connector applications.

The main purpose of pipework anchors and guides are to control pipe movement due to thermal expansion and enable expansion joints to function as designed. When an expansion joint is installed it will significantly affect the behavior of the system due to the loads and forces that are created when the pipe is pressurised. This is because the pressure in the system acts upon the increased surface area of the bellows membrane and exerts a force into the pipe system, this force unless adequately contained will cause the bellows to over-extend which resulting in catastrophic failure of the system. It is important to remember that loads and stresses caused by the expansion joint will need to be contained differently from an installation without expansion joints.

Stourflex provide the expertise in offering a complete pipework flexibility solution, in which we provide technical advice on the application and installation of expansion joints and the marking scaled engineering drawings showing the recommended location of bellows and pipework anchors & guides. Our recommendations can be supported by empirical calculations or for more complex applications can be justified by reports, using CAESAR II® Pipework Flexibility and Stress Analysis Software, showing the forces which are generated by and need to be contained when installing expansion joints.

Stourflex does not recommend the use of non-approved products as an alternative to a bespoke pipe anchor and guide solution. Through our many years of experience we have witnessed unsuitable products being used to control pipe movement when installing expansion joints.

The reason being that is the small contact area between the U Bolt and the pipe which means that the loads and forces that are generated by an expansion joint are only being contained by a small area as opposed to being spread around the diameter a Stouflex pipe anchor. All Stourflex pipe anchors can be supplied with calculated load carrying capabilities which would certainly not be available for U Bolt type installation.